Some of our Big Things To See in Canada are simply too Big to imagine how they were built! The World’s Tallest Totem Pole is one of them — 52.7 metres (173 feet) tall, and it’s located in Alert Bay, British Columbia, Canada. It’s just amazing!

Totem poles are aboriginal art, an ancient practice of carving that is handed down through the generations of the First Nations. A totem pole preserves history, heritage, and also honors local native tribal rituals and spirits.

This Big Totem Pole is located next to the Namgis Big House at Alert Bay. It stands not very far from the northern shores of Cormorant Island on the edge of the Nimpkish Reserve at Alert Bay.

Unlike most totem poles, carved by and in honor of a single, specific family, the 13 figures depicted on the World’s Tallest Totem Pole represent the tribes of the Kwakwaka’wakw nation.

If you do go to see this Giant Totem Pole, you can also view a collection of memorial poles from the roadway at the Namgis Burial Grounds at Alert Bay.

Looking to rent a car? 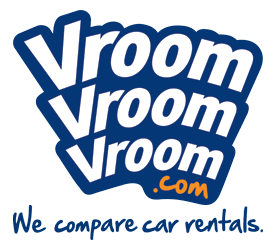